Our traditions and customs

The Hungarian National Dance Ensemble will continue its folklore calendar series with the title Winter Dance.

In the first part of the series, in the production entitled “Dancing Spring”, it was not only Hungarian folk customs related to the spring celebrations that we introduced to the audience, but also the traditional dances, songs, costumes, languages and national customs of the multi-national peoples of our country.

The second part of the series encompasses the customs of the winter festivities; the period from harvest time to the end of the carnival season, with the title “Winter Dance”. In the programme of the performance the audience can see traditional nativity plays, folk recitals, fertility charms festival on St. Lucy’s Day and, along with different traditions of the spinning room, some theatrical adaptations of superstitious customs related to the winter festivities.
Performed by the Hungarian National Dance Ensemble and their band 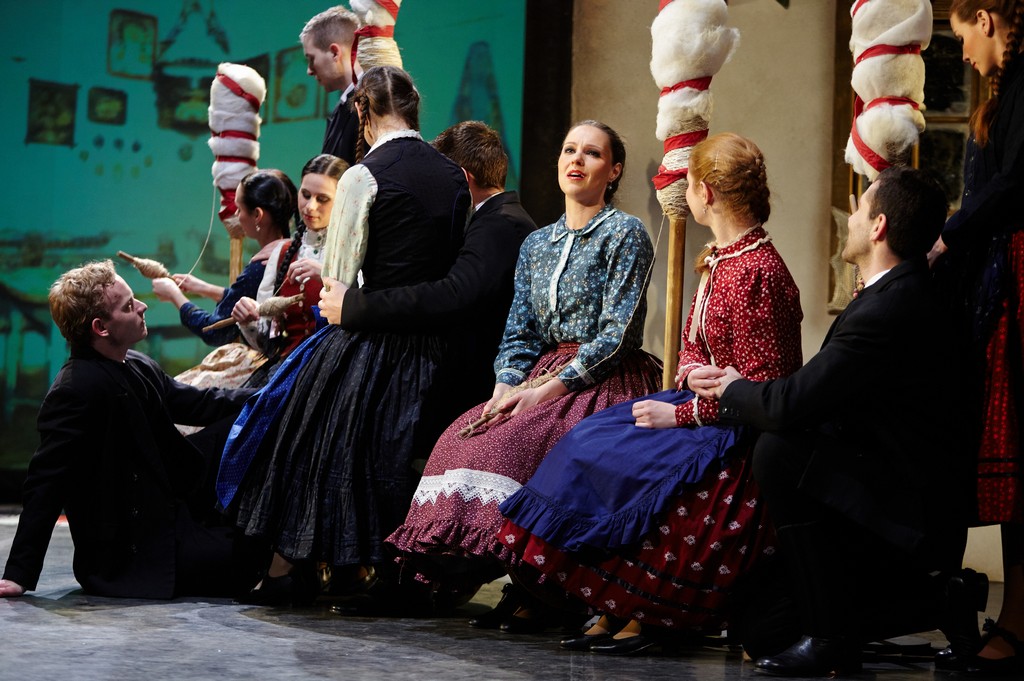