Revolution and Roots in Dance and Music

Established in 1949, this legendary company has been touring the world to great acclaim.  Previous productions of the ensemble s artistic director, the celebrated choreographer, Zoltán Zsuráfszky  (Csárdás,Tango of the East and Gypsy Spirit, Journey of the Roma), have mesmerized North American audiences. Following its triumphant tour of Japan, the ensemble is now set to re-conquer North America. The current tour is aimed at commemorating the 60th anniversary of the 1956 Hungarian uprising against Soviet rule, while also presenting authentic Hungarian folklore in a dazzling performance.

IN MEMORIAM 1956
The first part of the show will feature contemporary and thematic dances commemorating the 1956 Hungarian Revolution, the historic uprising against Soviet dictatorship. Fearing a brutal repression, thousands of Hungarians escaped their country, settling in the West, most in the USA and Canada, where they made great contributions to the economic and political development of their host countries. The Ensemble s choreography will pay homage to this historic event and to those immigrants who had to leave their country, reaching our shores to find a safer, better life.

ROOTS OF HUNGARIAN DANCE TREASURES
In the second half, the program will showcase authentic Hungarian folk music and dances. With roots dating back to mediaeval times, Hungarian folklore is especially rich, mirroring the cross-cultural influences of the Carpathian Basin. Watch as Zsuráfszky s choreographies and the ensemble s superbly trained dancers and musicians magically transform the stage into a remote village celebration, presenting its vibrant traditions and cultural treasures. 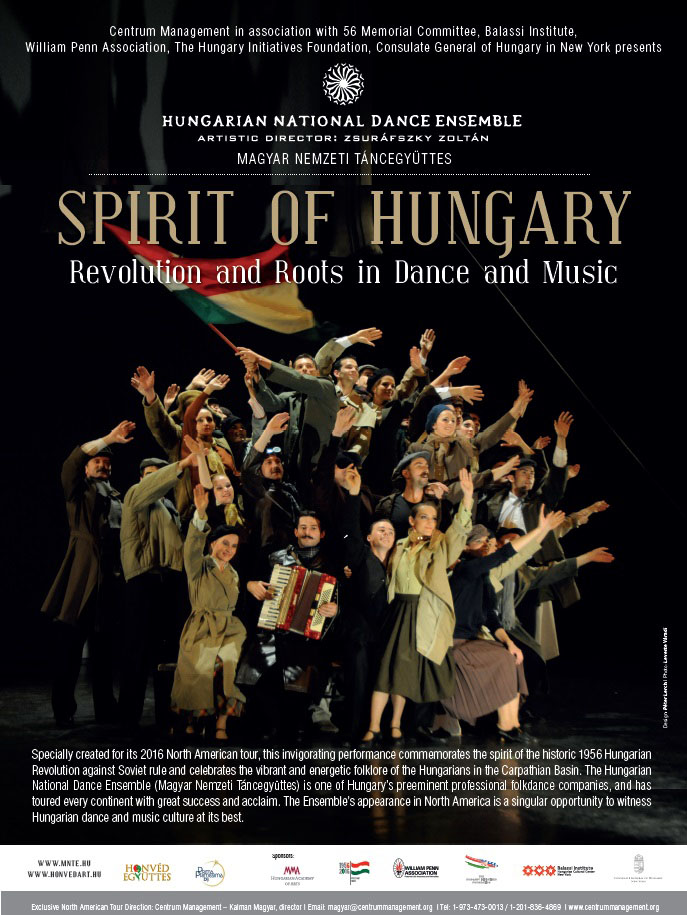