The last dance of Drakula

Nearly everyone in the entire world has heard the story of Drakula. The familiar vampire legend about the quintessential Hungarian and Romanian mythical creature is known even by those who have no idea where on the map to find the exotic-sounding land of Transylvania, where the incredible tale of Count Drakula was born.
In a departure from the classic Drakula story, our tale takes place in a Transylvanian village in a region inhabited by both Hungarians and Romanians, which is visited by strange wandering showmen. Upon getting word of the bloodthirsty vampire, the people in the area are filled with fear: men for their wives and sweethearts, fathers for their daughters, for the mysterious vampire draws bewitched women like a magnet and sucks out their fresh, life-giving “energy”. The ancient and eternally famished “blood-sucking vampire” gains new energy from the fresh blood of young women, as he himself grows younger. At least for a while. For as long as the stolen energy is able to keep him young. When it runs out, he again becomes a doddery old man and has to find new prey….
This Count Drakula story is made an enchanting experience by the marvellous world of Transylvanian folk music and the rich and unique virtuosity of the folk dances of the peoples who live in that region. 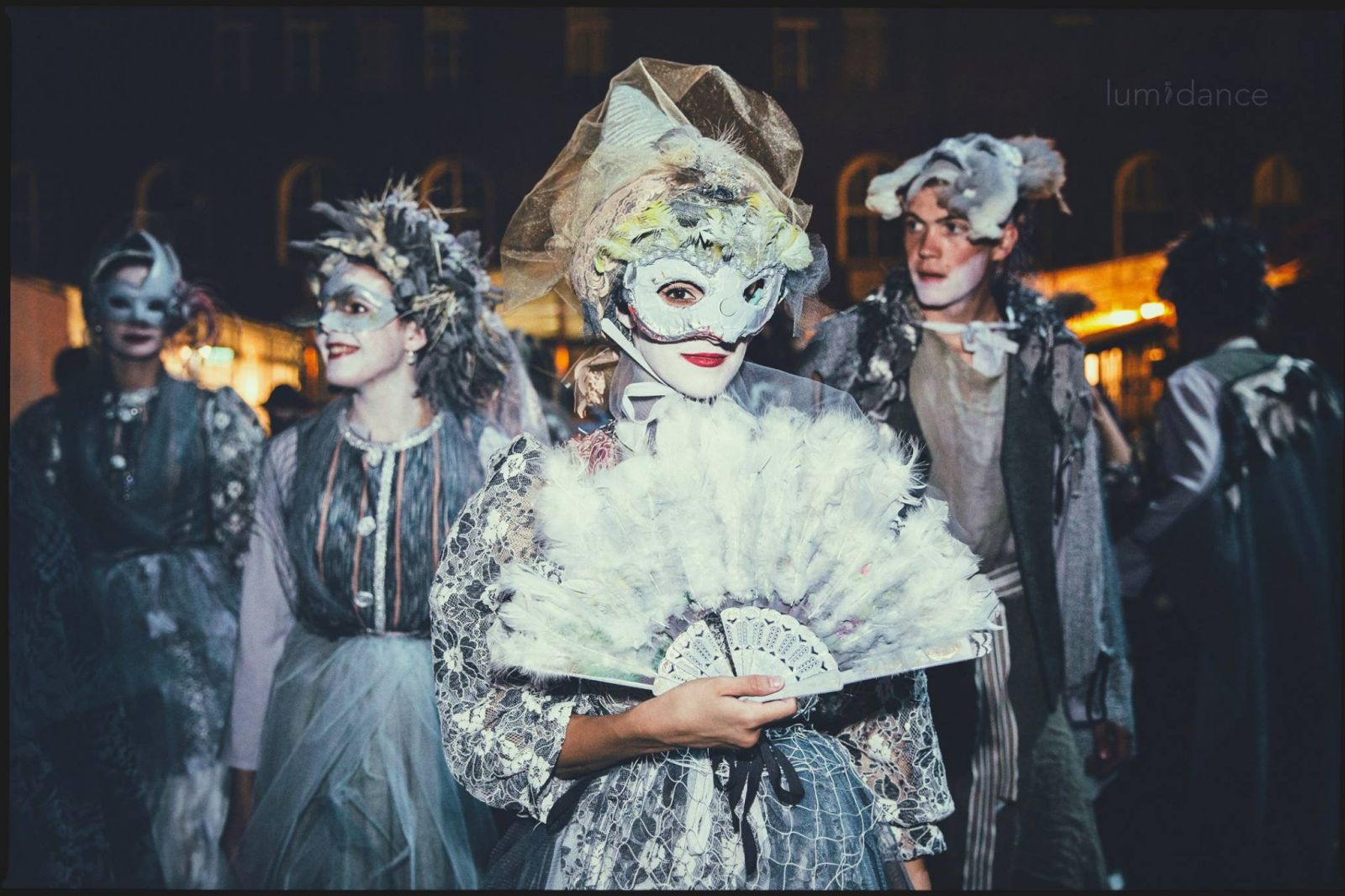