George Dózsa is one of our rebels perhaps of the most tragic fate, who has burnt its fire throne, – as a majestic symbol-, into our souls 500 years ago.  His story and personality inspired several artists during the centuries: Erkel wrote an opera about him, János Székely and Illyés portrayed him in a drama, Petőfi, Ady, Sinka István, and Gyula Juhász commemorated him in a poem, Csoóri – Sára – Kósa directed movies about him, Derkovits carved him in wood, Szervátiusz cast him in iron.

We are not here to judge him and his deeds that generated so much passions and so many debates over the past half-millennium. In our dance play based on historical sources, we are aiming to portray the man in love, the deeply religious soldier and the torn man.

We will commemorate the pivotal events of our history and its protagonist, George Dózsa Székely, with the help of our particular means: with music inspired by the folk music (Szarka, Makó) and with dances impressed by passionate and lyrical folk dances (Zsuráfszky). 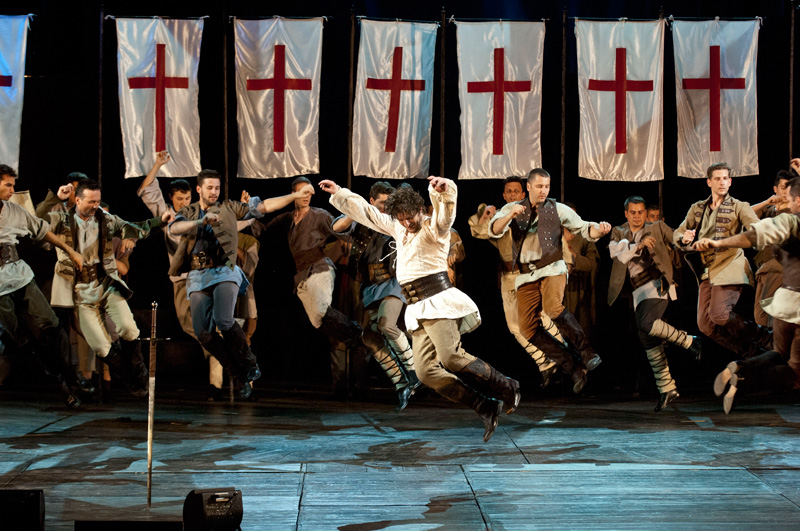